The Tale Of The Two Bond Kings

Back in September, I examined the records of the managers that Morningstar nominated as candidates for ‘domestic equity Manager of the Decade’ in 2009. The results were not hugely encouraging. After making that illustrious shortlist, not one manager went on to beat their best-fit index. The Yacktman fund came closest, gliding so smoothly to its 11.43% annualized return from 2010 through August 2018 that it nearly produced the same Sharpe ratio as the S&P 500 index (1.14 versus 1.15 over the past decade). However, it still trailed the index’s return by more than 2.5 percentage points annualized.

Now, though, it’s time to focus on the nominees for the fixed income ‘Manager of the Decade’ award. The results are decidedly better. In 2009, Morningstar shortlisted Dan Fuss, Jeffrey Gundlach, Bill Gross, Christine Thompson of Fidelity’s municipal bond funds, and the team on the Dodge & Cox Income fund. The award ultimately went to Gross, but it turns out that he is the only one to have subsequently posted a poor set of results.

It is unclear why Morningstar’s fixed income nominees have fared better than its equity picks. Perhaps, given the relative illiquidity of the bond market, it’s simply easier for fixed income managers to beat their indices than it is for their equity counterparts. Or maybe manager selectors and consultants have an easier job when it comes to identifying talented bond managers. Whatever the explanation, the fund analysts at Morningstar (including me, at the time) certainly seem to have been more successful in having their bond ‘Manager of the Decade’ nominees go on to post good returns in the future.

Masters of their domains

First up is Christine Thompson, who headed Fidelity’s municipal bond operation at the time of the nominations. She is no longer listed as a manager of Fidelity’s funds, but it was obvious that Fidelity’s municipal bond operation had depth and that this was a team nomination. For the period from 2010 through the end of September 2018, the Fidelity Municipal Income fund has posted a 43.7% cumulative return, while the Bloomberg Barclays Municipal Bond index has delivered 39.9% (see Figure 1). Over the past decade, the fund’s 1.09 Sharpe ratio has trailed that of the index (1.13), meaning that it has incurred more volatility to achieve its outperformance. Even so, it would be difficult to say that the fund has carried an unjustifiably high level of volatility. Next, we have the ‘bond kings,’ Bill Gross and Jeffrey Gundlach, and the Dodge & Cox Income fund. All three deserve to be judged against the Bloomberg Barclays US Aggregate Bond index. There are two caveats with our data here. Gundlach left the TCW Total Return fund in December 2009 and began managing the DoubleLine Total Return fund the following April. Here, I have taken the TCW fund’s 2010 data through April and then hooked it up to DoubleLine’s data starting on May 1 that year. Similarly, for Bill Gross, I took the Pimco Total Return fund’s data from 2010 through October 2014 and then picked up with Gross’s new charge, the Janus Global Unconstrained fund, in November 2014. Gross began his tenure at Janus on October 6, 2014. Realistically, Gundlach has dominated the period since the ‘Manager of the Decade’ nominations. According to the spliced data, he posted a 58.9% cumulative return from 2010 through the end of September 2018. His combination of safe Ginnie Mae bonds and beaten-up, high-yielding Alt-A private label mortgage-backed bonds has worked splendidly.

The team of managers that runs the Dodge & Cox Income fund has acquitted itself well too, delivering a cumulative return of 39.6% versus the index’s 30.7%. Gross, by contrast, has returned just 29.4% over that period (see Figure 2).

And lest anyone suppose that it was reckless portfolio positioning that accidentally produced Gundlach’s heady post-crisis returns, let the record show that he hunkered down with higher quality securities exactly when he should have done in 2008. That year, he piloted the TCW Total Return fund to a top-decile performance in the Morningstar intermediate-term bond fund category, with a 1.09% return.

Finally, the Loomis Sayles Bond fund, led by Dan Fuss, has outpaced the index with a cumulative return of 65.1% versus the Agg’s 30.7% (see Figure 3). However, investors should take this with a pinch of salt. The fund routinely invests in junk bonds and emerging market debt, along with a slug in safer sovereign debt. That makes it more volatile. Indeed, its Sharpe ratio over the past decade through September 2018 is 0.84. Compared with the Agg’s 1.04 Sharpe ratio over the same period, the Loomis Sayles Bond fund arguably hasn’t achieved as attractive a volatility-adjusted return. 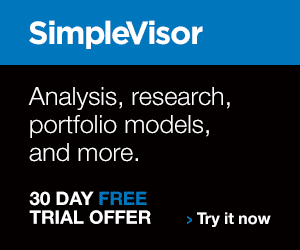