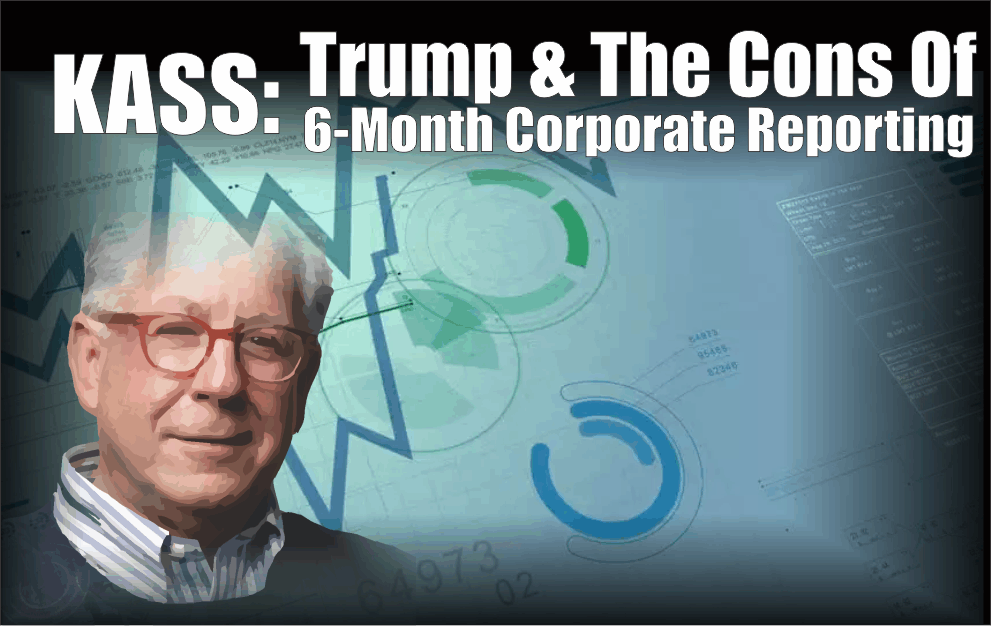 Trump’s call on regulators to consider changing how often companies must report earnings is foolish and poorly thought out.

“Good afternoon and welcome to Hurlingham Park. You join us just as the competitors are running out onto the field on this lovely winter’s afternoon here, with the going firm underfoot and very little sign of rain. Well it certainly looks as though we’re in for a splendid afternoon’s sport in this the 127th Upperclass Twit of the Year Show.

Well the competitors will be off in a moment so let me just identify for you. (camera zooms in on the competitors) Vivian Smith-Smythe-Smith has an O-level in chemo-hygiene. Simon-Zinc-Trumpet-Harris, married to a very attractive table lamp. Nigel Incubator-Jones, his best friend is a tree, and in his spare time he’s a stockbroker. Gervaise Brook-Hampster is in the Guards, and his father uses him as a wastepaper basket. And finally Oliver St John-Mollusc, Harrow and the Guards, thought by many to be this year’s outstanding twit.”  – Commentator (John Cheese), Monty Python’s Flying Circus (Upper Class Twit of the Year)

Among the most foolish and thoughtless recommendations made recently by the President was his recent idea to reduce from four to two the reporting earnings periods for publicly traded companies.

Let me briefly explain my view:

Here are some second order consequences:

The President’s “recommendation” is dead at birth and will never be implemented.

That said, it’s a foolish idea on many grounds and not particularly well thought out.